The Cervati family is originally from Gavello (Rovigo) a typical garlic production area. Led by Fernando, they began producing, processing and marketing garlic of Veneto origin in the 1960s.

The company soon won the appreciation of its customers and in the 1970s, after participating in specialised exhibitions, it received its first significant awards, which encouraged it to expand its range.

In 1994, under the leadership of Lauretta Cervati, the company was transformed, laying the foundations for a flourishing Import-Export business.

The new production facilities in Villadose were inaugurated at the end of the 1990s. Thanks to the use of high-tech machinery and the new production capacity, the company is able to offer a wide range of products in an extremely short time. 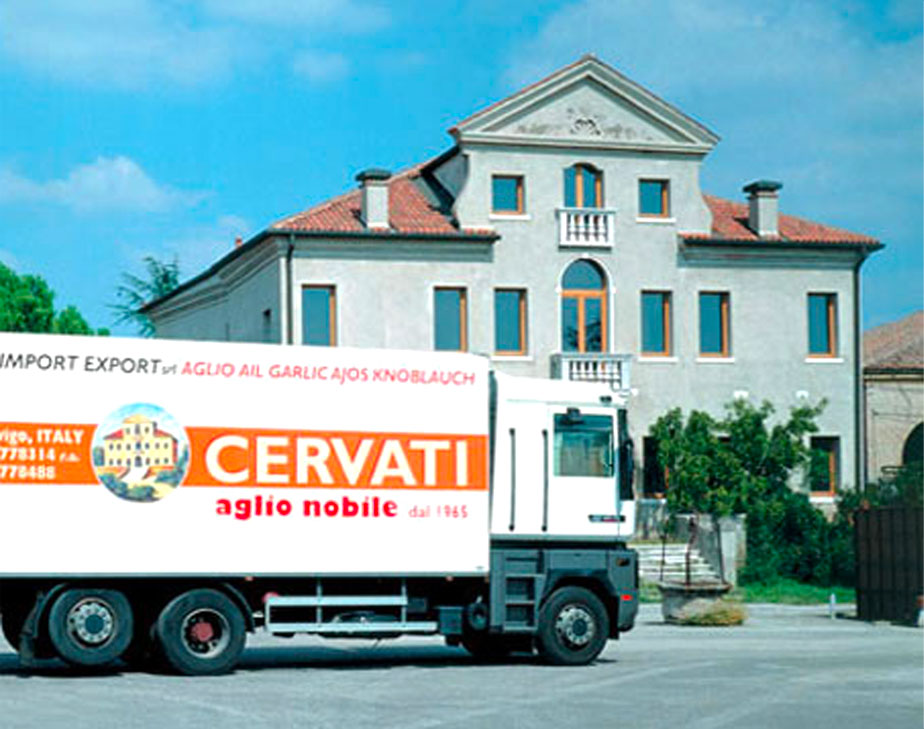 Huge investments in production capacity and technology have made it possible to meet the challenge of the global market.
Today, Cervati Import Export works with the main large-scale retail trade brands throughout Europe and is one of the leading names in Italy in the production of high-quality garlic.
The commitment to monitoring the supply chain and environmental sustainability is paramount.